Texture Of A Surface Course

is created by the voids or gaps between the raised aggregate particles which protrude from a flat surface Positive Texture typically occurs in HRA + Chips.

is created by the voids or gaps which indent or go down between aggregate particles from a flat surface. Typically occurs in thin surfacing materials such as SMA’s.

is a component of surface profile, how flat the surface is. Low megatexture reduces the demands on the vehicles suspension, especially during braking and steering, it reduces water ponding. Poor megatexture can be a result of surface deformation, rutting or poor laying technique, and can affect water drainage with increased risk of aquaplaning.

is effectively the average depth of the gaps or voids between the coarse aggregate particles in a surface, it is relatively stable, and can be measured by laser profilometers traveling at normal speeds. This is recorded as SMTD sensor measured texture depth.

Macrotexture is the depth of the spaces or voids between the aggregate particels.
The texture depth / macro texture of an asphalt road surface will normally be between 1.0mm to 1.5mm.

It is this macrotexture which allows the water to drain away from the surface and greatly contributes to skid resistance in wet conditions. Macrotexture is an important characteristic of road surfaces which affects stopping distances at high speed. There are two mechanisms involved:

Good texture depth assists water drainage, preventing the formation of a patch or sheet of water across the surface which could cause aquaplaning.

Good texture depth is necessary to allow mechanical deformation of the tyre (hysteresis) which dissipates energy in the form of heat.

Macrotexture has traditionally been measured by the Sand Patch Test which involves spreading a known volume of sand across the road surface in a circular pattern until it has all fallen into the voids between the aggregate particles. The diameter of the sand patch is then measured and a formula used to calculate texture depth. This method is suitable for small areas or trial work but is slow and labour intensive.Current methods are based on laser measuring devices. Infra-red laser pulses are reflected from the road surface onto a diode array. The position of the returned pulses is used to estimate the vertical distance between sensor and road. The root-mean- square distance, a measure of the variation in the vertical distance, is used to calculate the average texture depth, referred to as Sensor Measured Texture Depth (SMTD).

Microtexture of a road surface is provided by the rough- ness or texture of the surface of the individual aggregate particles. 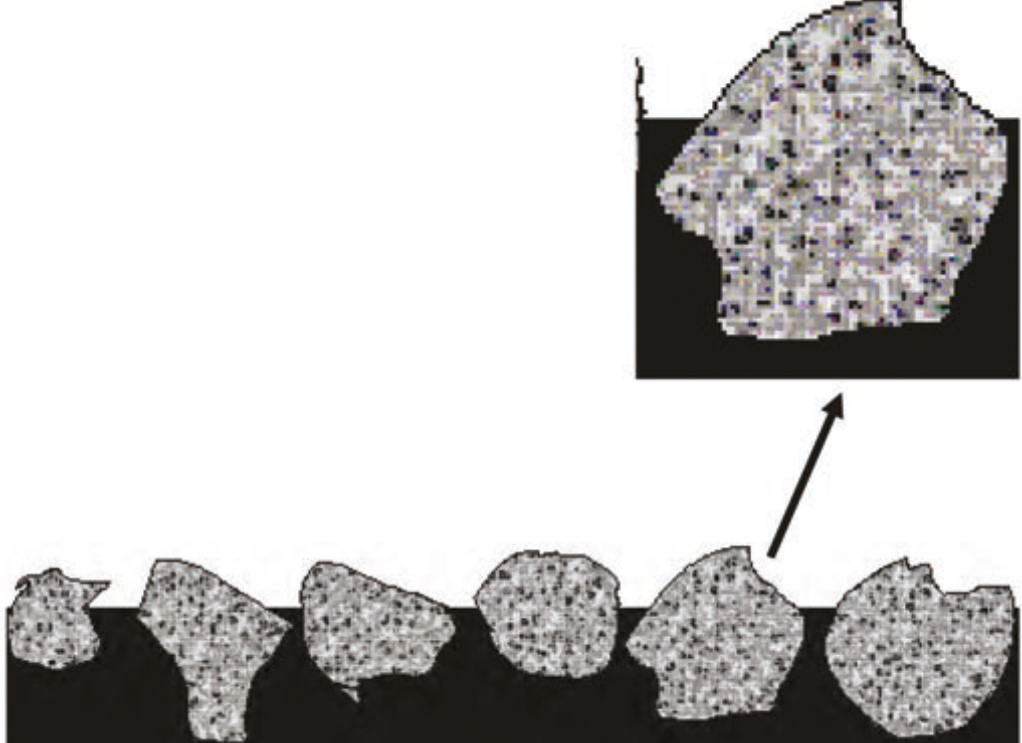 Surface Grip, is necessary to enable drivers to accelerate, decelerate and change direction on the road surface. This grip is provided by the friction generated between the vehicle’s tyres and the road surface, and in turn this fric- tion provides the force necessary to transmit the vehicles energy into the manoeuvre being attempted by the driver. Characteristics of the vehicle and actions of the driver de- fine the magnitude of the friction force required to com- plete the manoeuvre successfully. If the friction generated is insufficient, grip is lost and control of the intended ma- noeuvre is lost. In the United States, it has been estimated that in- adequate highway pavement conditions contribute to 10,000 of the 43,000 annual highway fatalities. Poor pavement friction or surface texture increases total crashes and also contributes to wet-weather crashes resulting in increased fatalities, more serious personal injuries, and significant traffic delays. World estimates are 1.2million highway related deaths and 50million serious highway related injuries annually. It is truly an international problem and FHWA and AASHTO representatives have conducted scanning tours to discuss and observe some of the best safety-related practices used around the world. The United Kingdom revised skid resistance policy based on 15 years experience is consid- ered as best practice. Research has shown increasing the texture depth from 0.3mm to 1.5mm reduces the accident rate by about 50%, and increasing the skid resistance from 0.35 to 0.6 reduces the accident rate about 65%.

Polished Stone Value (PSV) is a measure of how resistant an aggregate is to becoming polished or losing its skid- friction properties, usually referred to as its “microtexture”. The PSV test assesses the susceptibility of aggregate to polishing. The test is a 2 stage process, firstly accelerated polishing and secondly determination of the resulting fric- tion value using the British pendulum tester. Aggregates used in asphalt surface courses will typically have results from 50 to 68, the higher the number the greater the friction or skid resistance. In addition to the aggregates skid resistance properties or Microtexture it is also important to know how durable these properties are, this is usually measured by AAV. 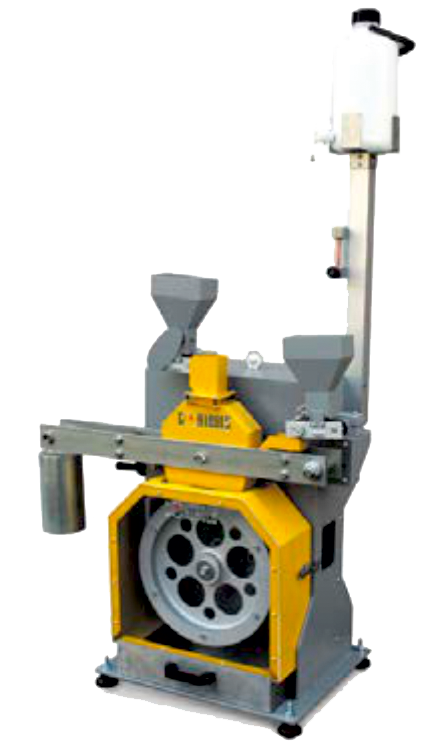 Aggregate Abrasion Value (AAV) is a measure of the resistance of an aggregate to surface wear by dry abra- sion. Aggregates with poor AAV will wear away quickly and this will have a significant effect on road surface texture depth “macrotexture”. AAV is measured by pre- paring two specimens which are pressed against the surface of a steel disc rotating in a horizontal plane, with a force of 0.365 newtons per sq. centimetre. Sand, fed by hoppers, is used as an abrasive. After 500 disc revolutions the amount of material abraded is measured by calculation of the weight loss of the aggregate. The percentage loss in mass of chippings is known as the ‘Aggregate Abrasion Value’ (AAV), and ranges from about 1 for hard flints to over 16. Aggregates used in asphalt surface courses will typically have results from 10 to 16, the lower the number the less wear. Note: Both PSV and AAV are important for skid resistance, but a high PSV aggregate does not necessarily have a good AAV and vice versa.