Thermoplastics are materials which at ambient temperature are in the form of powder or blocks of particular dimensions. For its application, the material is heated in special heaters and at temperatures of 200-220 ° C. After heating, excellent adhesion and uniform application in a 2.5-4.0 mm film thickness are achieved. After heating and as soon as the material is applied and comes to ambient temperature, it creates a highly resistant, forgery layer filled with anti-slip inert and glass reflective beads offering high reflectivity and anti-slip. The drying time does not exceed 2 minutes, making the system ideal for urban networking. The final film has a high resistance to grease and grease and its properties provide resistance to cracking due to cold.

An important property of thermoplastic that makes it suitable for urban networks, high traffic traffic and crossings is the so-called "chalk effect" or chalk effect or self-cleaning effect. "Chalking" is a system of self-cleaning of the material, in short, the thermoplastic material can, through the traffic load, rub and change a very thin layer of the film so it does not tint and does not accumulate dirt from braking vehicles or grease. 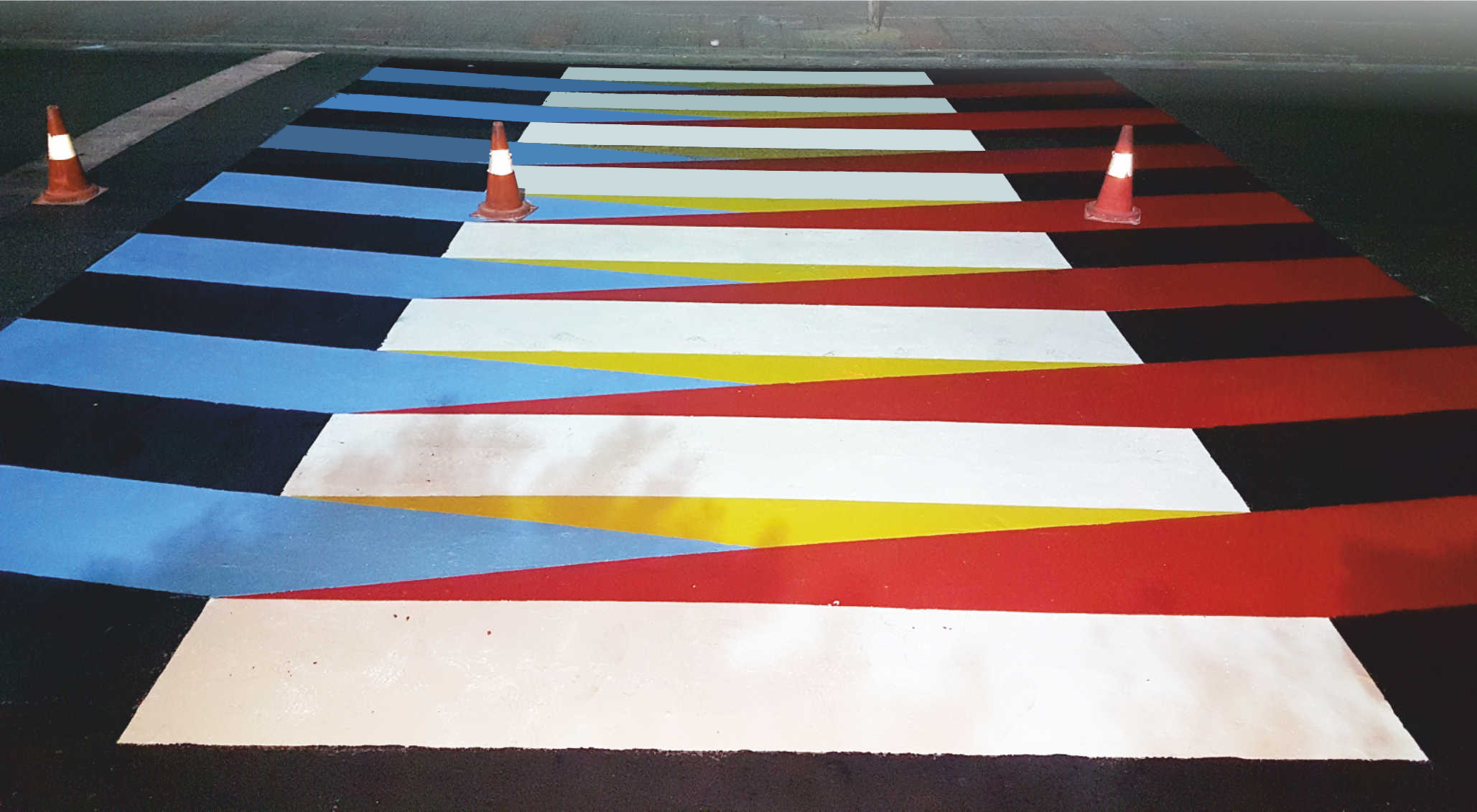 For the application of the thermoplastic materials various techniques are used which allow different forms of marking according to the desired result such as: